Fractal is a Matrix messaging app for GNOME written in Rust. Its interface is optimized for collaboration in large groups, such as free software projects. 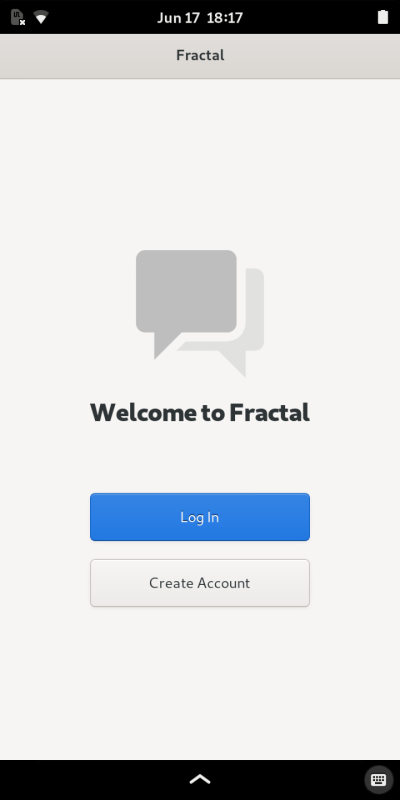 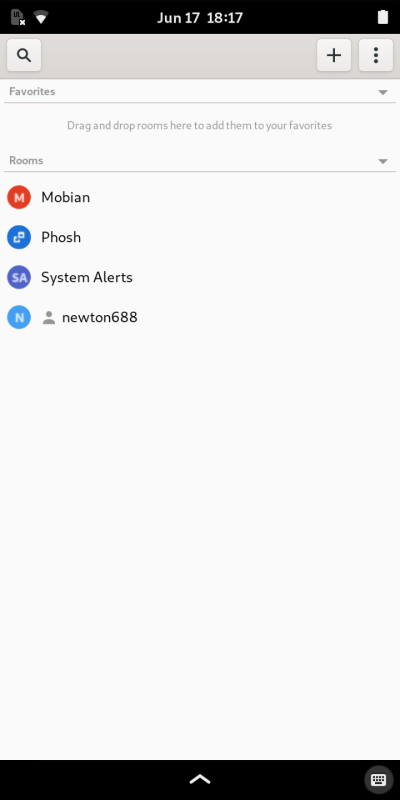 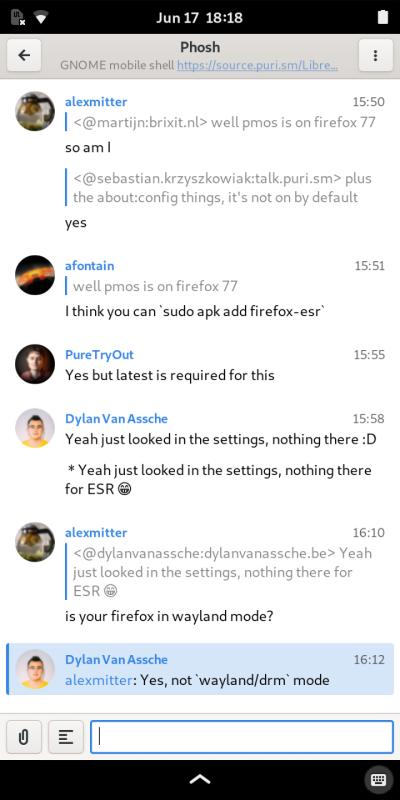 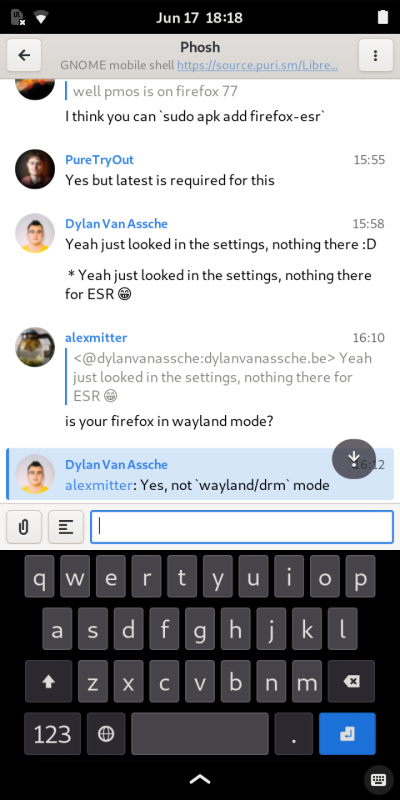 Using the apt-version of Fractal doesn't remember login information. This is due to the way the Gnome Keyring works - will presumably be fixed in the future. As a workaround you can try unlocking the keyring by first starting an application that unlocks the keyring successfully (f.e. geary, epiphany - if you have saved passwords and try login to a site for which you have a saved password).

Fractal does currently not support E2E (see the issue in their bug tracker), so encrypted chatrooms are virtually inaccessible through this client. However, you can use Pantalaimon as a proxy-server to your Fractal client.

Pantalaimon works as the “good man in the middle”, between your client and the Matrix Server. It deals with de- & encryption and forwards the unencrypted messages to Fractal (or encrypted ones to the room). This also works with media.

Pantalaimon is a daemon, written in Python, that can directly run as a systemd process on Mobian. It can be installed with pip (sudo apt install python3-pip). The setup is a bit tricky, however and the Repository's notes do not go into great detail.